SEAFOLLY SWIMWEAR- THE DESIGNER BRAND EVERYONE LOVES TO WEAR

It was the summer of 1975. The Vietnam War had just ended, Margret Thatcher had become the first-ever British female prime minister. The movie Jaws premiered. Mood rings, Rubik's cubes, pet rocks, bellbottoms, Magic 8-Balls, PEZ candy, and disco were all omnipresent. It was also the year a leading Australian swimwear company was born - Seafolly.

Founded on passion and grit, the story of Seafolly Swimwear was one of determination. It's a story that you can't help but fall in love with. Today, the designer swimwear brand is everywhere - everyone loves Seafolly, UK beach and resort-goers included. 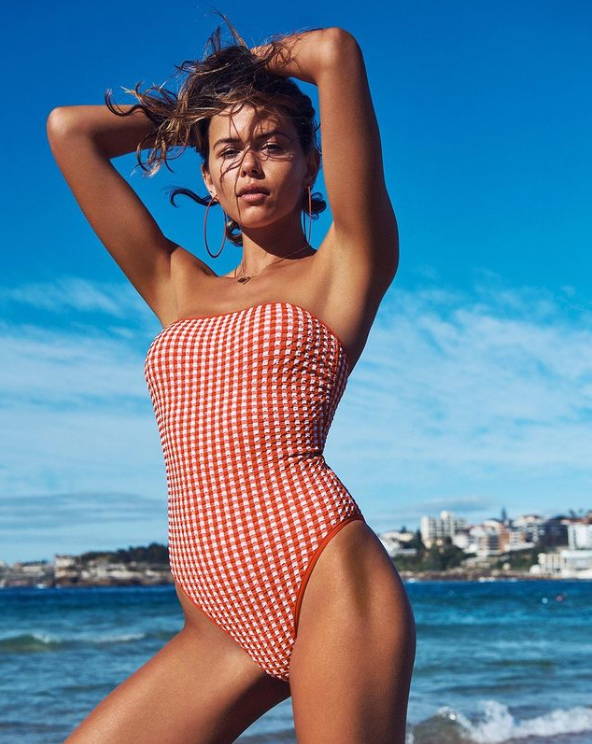 Peter Halas, the founder of the Seafolly swimwear brand, received great criticism for following his heart, with many sniggering at this "folly."

Luck, however, was on Halas' side. His first international success was in France, where swimwear buyers reportedly fell in love with the brand's profile - playful, frisky, light-hearted, different, and slightly crazy were just a few of the terms thrown about.

Since its inception, Seafolly UK has amassed a huge following, mainly because it's a brand that's always stayed ahead of the curve. Even in 1975, Seafolly bikinis were challenging the status quo, with the brand selling their pieces as separates instead of a set; this allowed women to develop individual styles through mixing and matching.

Not only this, it was an indicator that Seafaolly swimwear recognised how unique every female figure is, which back then was quite revolutionary! 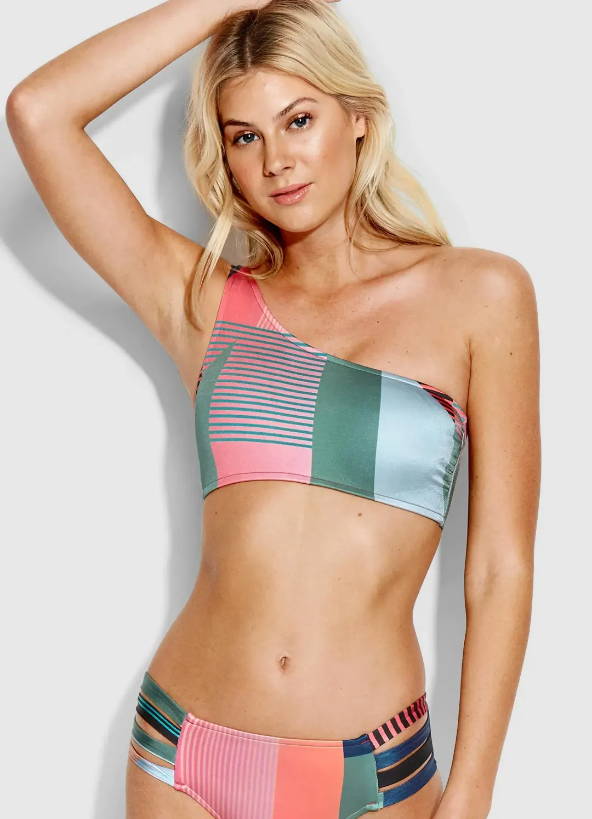 Come the 80s, and the Australian swimwear industry had been revolutionised, thanks to Seafolly. The UK, however, took a few more years to catch up.

The 80s saw the release of Michael Jackson's Thriller, the first aired episode of the Simpsons, the assassination of John Lennon, the first smiley emoticon on the Internet, and the invention of Lycra.

When the Lycra trend took over the world and leotards and cycle pants were a thing, Seafolly took the fabric, adapted it to fit different designs, and produced the first-ever Lycra swimsuit. It didn't take long for every fashionable woman in Australia to be wearing Seafolly bikinis and swimsuits.

Why Seafolly in the UK Is The #1 Go-To Swimsuit

In the UK, Seafolly swimwear is a must when it comes to the summer holiday capsule wardrobe. Seafolly in the UK also inspires a barrage of compliments from equally minded swimwear-obsessed women. It's not uncommon to hear compliments or be asked about your swimsuit when wearing Seafolly swimwear.

The Seafolly brand has also had its fair share of time in the Hollywood spotlight, namely James Bond, where every third Bond girl wore a Seafolly swimsuit, making it one of the most iconic swimwear brands ever.

One thing we love about Seafolly bikinis and swimsuits is that they are designed with you in mind. Regardless of your shape or size, Seafolly strives to celebrate every body type to improve how women see themselves and increase body positivity. It's with these thoughts that Seafolly began to launch a series of body positivity campaigns.

Another thing we love about Seafolly bathing suits is that quality is never compromised despite having grown into a $200 million business. It continues to produce high-quality swimwear, focusing on cuts, high-quality fabrics, and fashion-forward prints.

Seafolly Swimwear also dedicates itself to helping conserve the world. Having spent their time growing up on pristine beaches of Australia, the faces behind the Seafolly brand are 100% committed to protecting them, which is why the team has also dedicated itself to designing sustainable swimwear that reflects its values.

Every season, the brand releases a collection of Seafolly bikinis, tankinis, and swimsuits made from recycled nylon to minimise their environmental footprint.

We're proud stockists of Seafolly in the UK and have a range of Seafolly swimwear to suit all body types. From Seafolly bikinis to dresses to one-piece swimsuits, here are some of our faves.

Take yourself back to the days of Baywatch with this classic red Seafolly swimsuit. With its plunging neckline and elegant quilted detailing, this sexy swimsuit is ideal for pear shapes as it draws the eye to the cleavage and helps bring more balance to the body.

Flattering and feminine, this 40s-inspired bandeau Seafolly swimsuit in micro gingham is chic and is perfect for any woman looking to make a statement without standing out too much. With a square neck and high cut leg lines, this is a flattering style for hourglass figures.

Show off your best assets and make them wild with this DD-cup animal print Seafolly one-piece swimsuit. Thanks to the invisible shelf bra and adjustable crossover back straps, it offers maximum support for bigger-busted women.

A trending 2021 style is the one-shouldered swimsuit. This minimal style will send hearts racing. The classy ring shoulder detail is simultaneously on-trend and adds the perfect finishing touch to this elegant swimsuit style.

Brazil and Australia's favourite bikini style, Seafolly's classic triangle bikini, will remain a staple year after year. This timeless Seafolly bikini top with tie-up sides and removable cups can be mixed and matched to create your style.

Whether you team it with complementary tie-up Seafolly bikini briefs in the same colour or go for a completely different style and shade, it's totally up to you.

Set the world on fire in this flattering red halterneck Seafolly bikini with twist front detail. One key feature of many Seafolly bikini tops is the supportive boning that enhances the bust area and gives a natural-looking lift.

Seafolly beachwear is more than just bathing suits. As the brand's spokespeople often say – they're not afraid to "do it, explore it, seek it, live it…", hence the reason why they're not scared to dress women from head to toe.

Other than Seafolly bikinis and swimsuits, the brand also designs beautiful resort clothing. From striking off-the-shoulder dresses that can be dressed up or down to thrift shop-inspired retro style tops to extra-large raffia sunhats with a twist, it's possible to create an entirely new wardrobe solely with Seafolly swimwear and accessories if you want!

So, why should you buy Seafolly UK swimwear? The brand continues to pride itself on being a reckoning force in resort and beachwear, which is why we've chosen to stock Seafolly in the UK. When it comes to affordable, high-quality bikinis and swimsuits that always look amazing on, you'll find yourself going back to Seafolly time and time again. And, don't forget, life can't always be perfect, but your Seafolly swimwear can be!